The metaverse buzz has begun and Transportation and Logistics executives should pay attention. In fact, we think it is inevitable that the metaverse—Virtual Reality (VR) and Augmented Reality (AR)—will impact the industry in a variety of ways.

The Big Four have made big bets on the metaverse. Facebook, which purchased the Oculus Company, then the maker of the leading VR goggles, has rebranded Facebook companies to “Meta,” reflecting the belief that VR and AR are key to its future. Microsoft had created HoloLens smart glasses several years ago, and earlier this year acquired Activision Blizzard, for $68.7 billion; more than one expert called this “a major metaverse play.” Apple is famously secret but has been widely viewed as working on a VR initiative that has yet to be branded. Some Apple commentators feel this is very close to production. Do you remember Google Glass? In 2013 I owned a pair. With new leaders, Google has rebranded its VR efforts as Project Iris and clearly does not want to be left behind.

This activity will attract further investment in start-ups. It’s difficult to predict who will be the winners and losers on this battleground. Despite all the buzz, supply chain and transportation executives may be very skeptical about VR and AR. Allow me to present five examples that the metaverse is in fact very relevant to the industry. 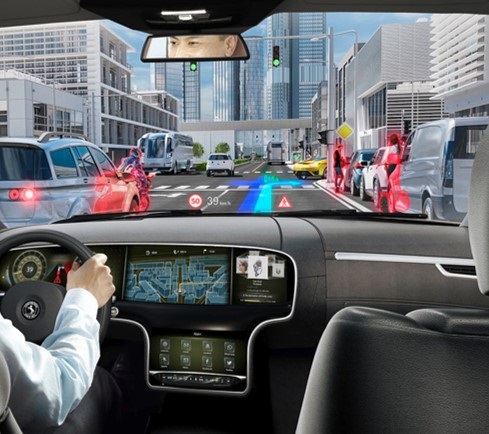 Augmented reality involves seeing the real world with real-time visuals superimposed. AR glasses let you see through without obscuring your version. When you are driving, you might experience snowy or foggy conditions. With AR, your windshield would include a large display that labeled hazards, perhaps based on LIDAR, which sees in the dark and through fog.

Collision avoidance and lane departure are current versions of AR driving applications; further advances will improve driving. For example, in a city environment, AR will detect someone walking out between parked cars. 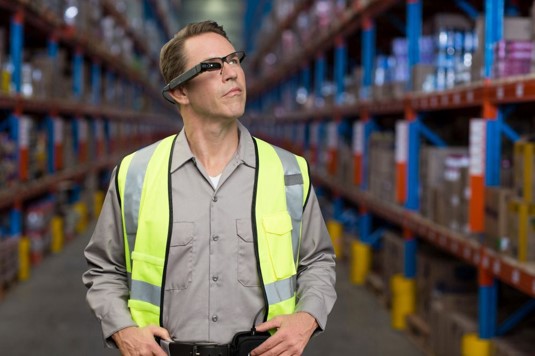 The memorable closing image of “Raiders Of The Lost Ark” presents an infinitely large warehouse where the treasure will be lost forever. Many of us have visited many warehouses with hundreds of thousands of similar rectangular boxes. AR could help with picking. With AR glasses, a worker might inspect a box to find four parts when there are supposed to be five, or to find that there is a part inside that doesn’t belong. For executives seeking advantages in inventory management, there are off‑the‑shelf, consumer-friendly AR products that would be very easy experiment with. 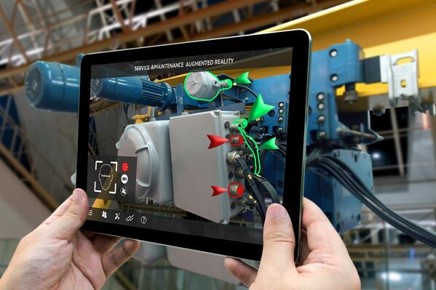 During the pandemic, many of us personally hosted repairmen for work in our homes, encountering the old pros who know everything and are often accompanied by very inexperienced assistants. Without the master, nothing can be done, but when there is a surge in demand, the master can’t be everywhere.

An AR-powered device could help a junior technician troubleshoot. At a more basic, realistic level, AR could label parts and facilitate real-time interaction with experts back at the office. AR could enable the timely, accurate repair of scarce, expensive equipment and therefore prevent costly supply chain or manufacturing disruption.

Recently in Los Angeles many intermodal containers were vandalized, and the photos went viral. If there is a facility and it is after hours, AR could bring to attention a person climbing the fence, for example. Beyond the functionality of simple motion detection or a residential camera, AR could help identify a potential problem, zoom in, perhaps conduct a conversation about the visit and affirming that it is on private property, while capturing film footage for potential prosecution. We can envision legitimate uses of AR in security that don’t involve potentially violating personal freedoms.

Consider flight simulators made and operated by FlightSafety, a global provider of aviation training. Commercial jet pilots use these periodically to practice what do when things go wrong. Simulation is a great application because pilots need experience with all kinds of disasters that obviously can’t be set up and experienced over and over in reality.

Many technologies start at the high end and then move down. I believe that as simulation is obvious for jet pilots is obvious, it will be obvious for drivers soon. Now, arguably, you don't need a virtual reality simulator to learn to drive a semi—but you could use it to practice what to when things go wrong. For example, we could send first responders a pair of VR goggles, show them simulations of disasters like a train derailment or chemical truck spill and go through the steps to take.

We were told nine years ago that virtual reality would be very common in the near future—and it didn’t happen. So what is different now? The hardware has been custom and expensive, but soon it will be off-the-shelf and inexpensive. The same goes for the software, some of which will even be free. It will be up to you to imagine how you can apply these technologies. They will be very consumer‑friendly and ready for prime time.

I believe the competitive advantage is not in being the first mover; it is in the consistent ability to implement disruptive technology into production. Rather than explore the metaverse as a one‑time initiative, make it a new corporate skill to look for new technologies. In my business travels, I am often shown exciting proofs of concept and pilot studies, but they are not helping run real operations and impacting the money. Emphasizing successful implementation is key.

Your company need not strive to be prescient or to be the first on the block with AR or VR. The superpower to cultivate is the ability to take stuff that really works and consistently get it into production.

To discuss this further with Steve, email us to schedule a call.